Written by Krish
January 3, 2020
Facebook
Twitter
WhatsApp
Email
- Advertisement -
An enchanting new Rolls-Royce Phantom has been commissioned by a Stockholm-based entrepreneur with an extraordinary passion for flowers. The patron, with a wife and two of four children named after flowers, challenged the Rolls-Royce Bespoke Collective comprising designers, craftspeople and engineers, to envision a car that immerses its occupants in a beguiling floral scene. The result is a sanctuary of true luxury, a vision of flowers, created with a million embroidered stitches. 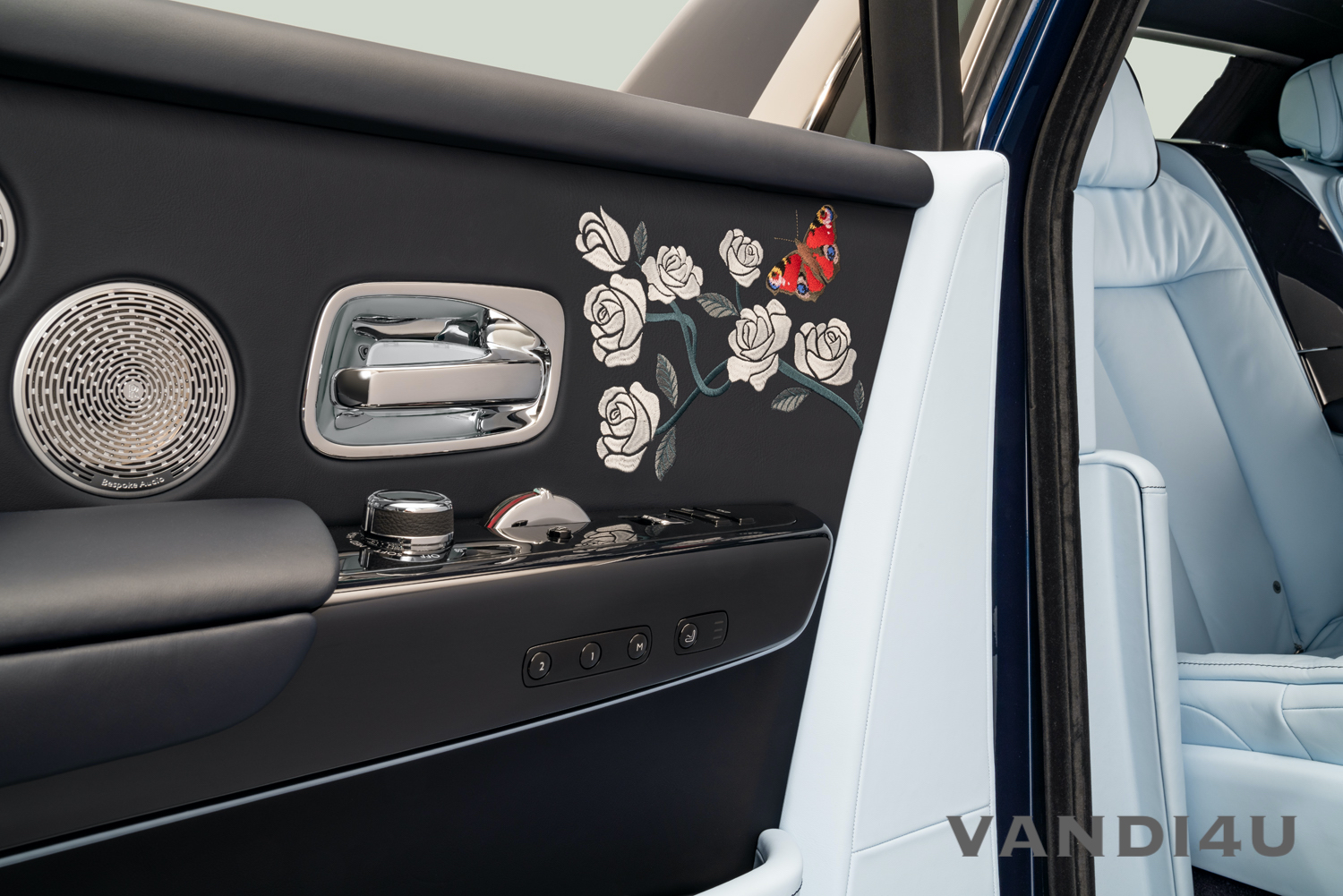 Torsten Müller Ötvös, Chief Executive, Rolls-Royce Motor Cars, commented, “The Rose Phantom is a stunning iteration of a contemporary Rolls-Royce. Our extraordinary craftspeople at the Home of Rolls-Royce have achieved, with this car, something which can only be described as sublime. The work of our Bespoke Collective is the best in the world. When I look at creations like this car, it is with a sense of pride that I know that these skills could not be replicated anywhere else in the world. This is undoubtedly one of the greatest Rolls-Royce Phantoms of its generation.” 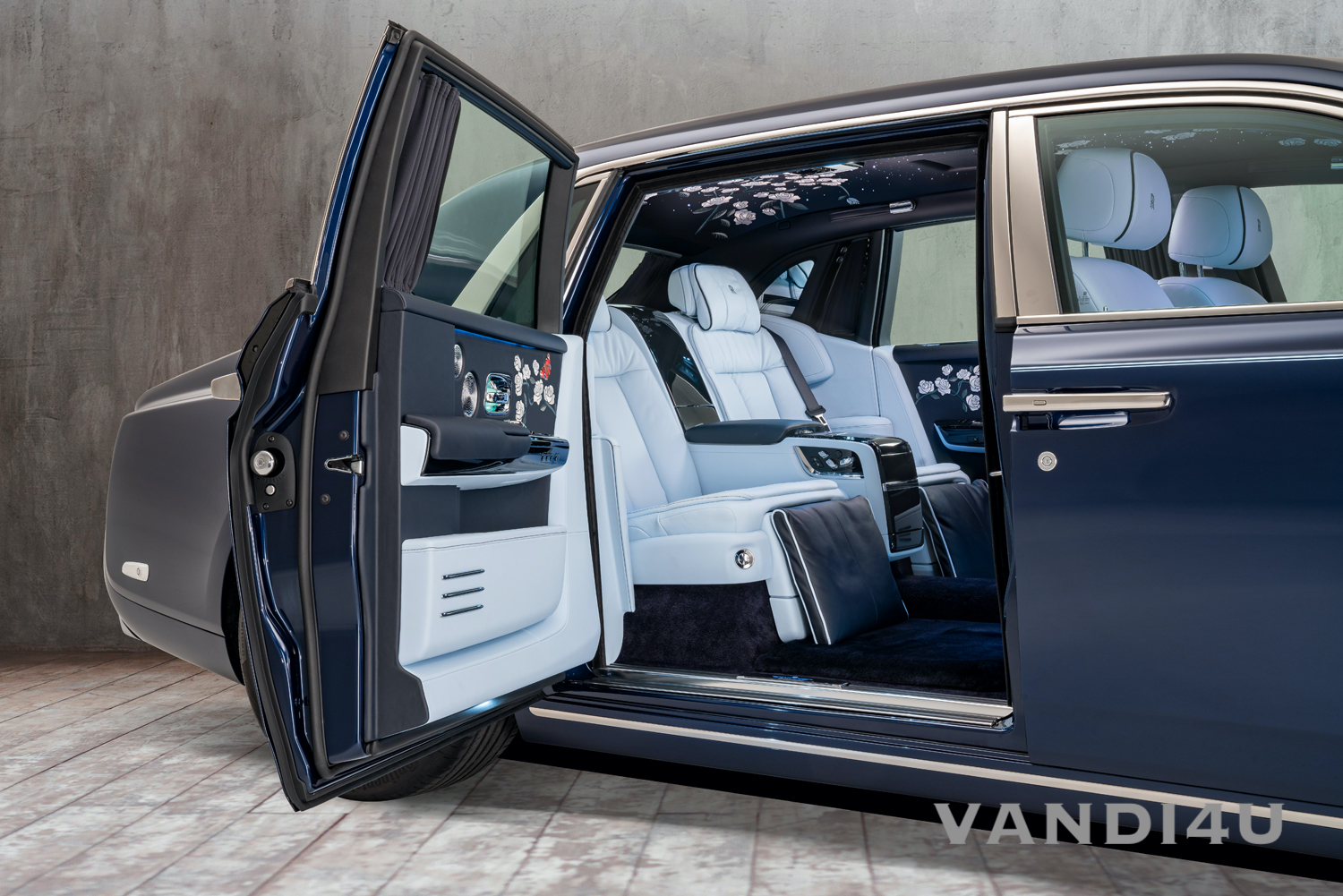 The Rose Garden at the Home of Rolls-Royce in Goodwood, West Sussex, served as the primary point of inspiration for Ieuan Hatherall, a Bespoke Designer for Rolls-Royce. This Rose Garden is the only place in the world that the Phantom Rose is grown. Bred exclusively for Rolls-Royce by British Rose Breeder Philip Harkness of Harkness Roses, the Phantom Rose grows in the courtyard of the marque’s Global Centre of Luxury Manufacturing Excellence at Goodwood in West Sussex, England.

Ieuan Hatherall commented, “There is a transcendent beauty when a rose garden is in full bloom. The patron wanted to create that same feeling of awe; an abundance of flowers to lift the spirit and celebrate nature’s decadent beauty, in the Rose Phantom’s serene interior.” 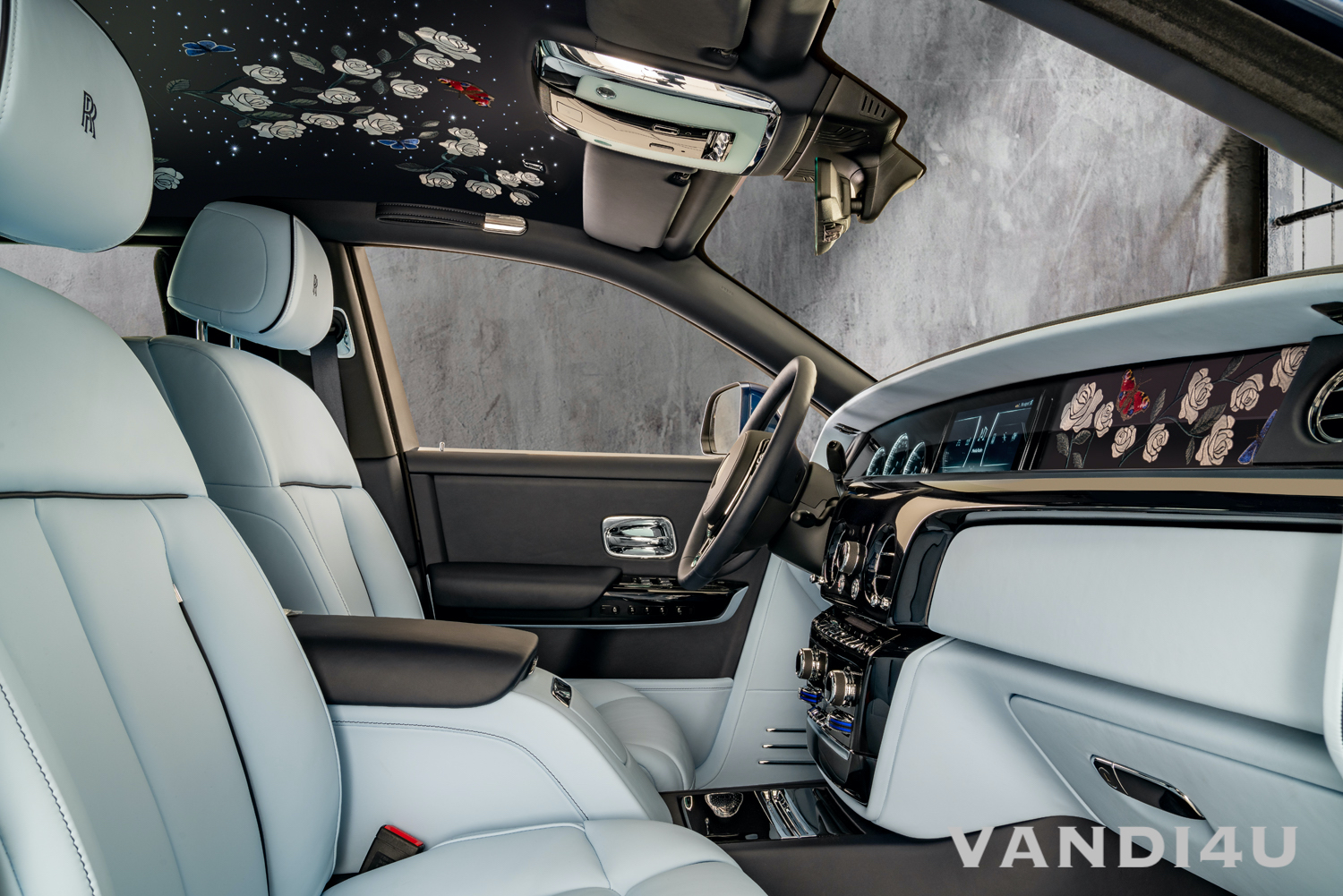 The Peacock Blue exterior of the Rose Phantom is punctuated with a Charles Blue twinned-coachline that intertwines organically like the stem of a rose, combining to introduce the rose motif, an indication of both the colours and the treatment within. The wheels echo the design and are embellished with a twinned pinstripe, also in Charles Blue. 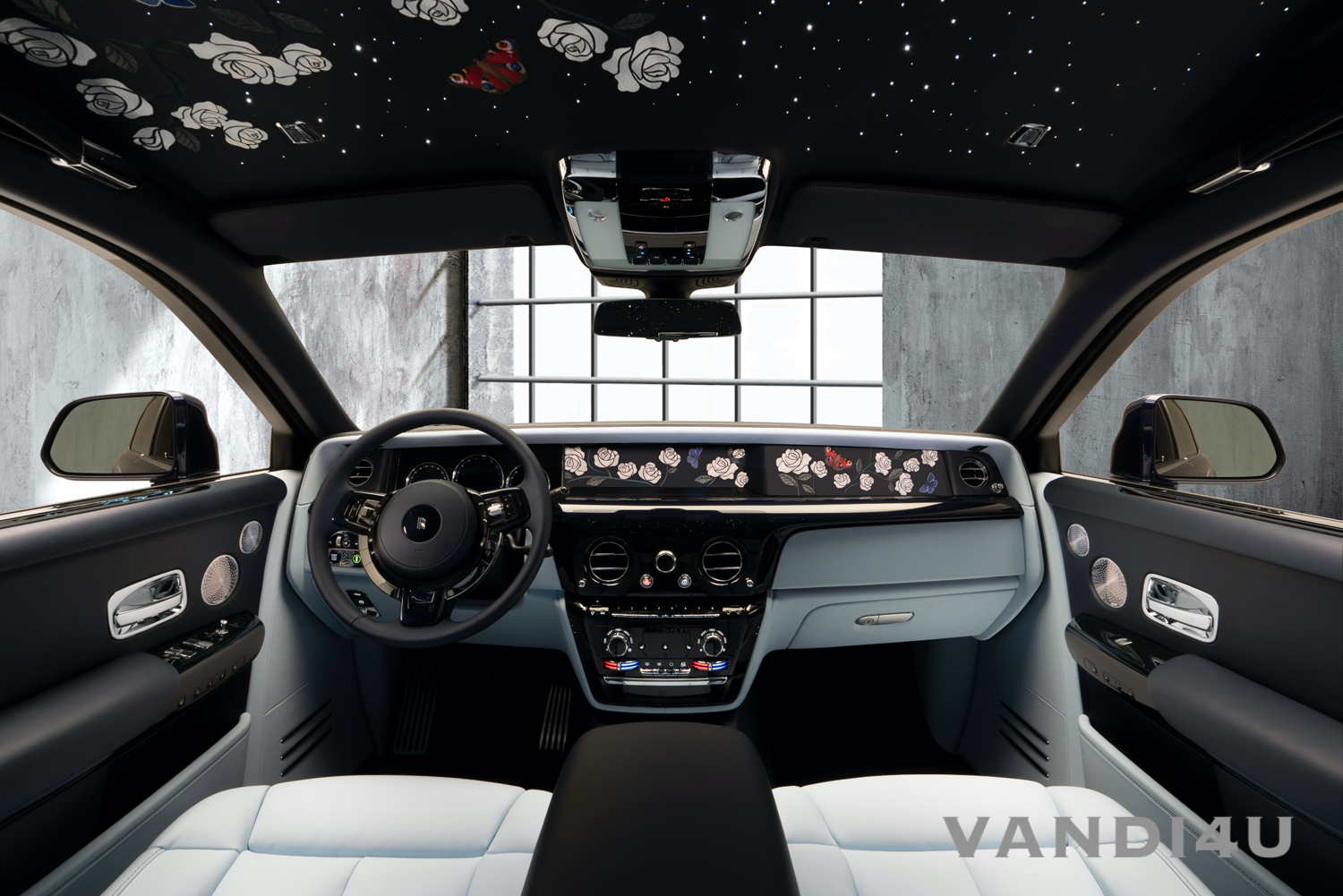 On opening the coach doors, one first encounters the embroidery on the inside of the rear doors, but it is not until entering the rear cabin that one fully encounters the extraordinary extent of the satin stitch creation. The Phantom Rose is illustrated in varying stages of maturity, from bud to full bloom, in an asymmetrical design that appears to grow across the roof lining, from the rear of the car. The marque’s fabled starlight headliner illuminates the scene as the roses are interspersed with individually placed fibre-optic lights.

In the rear compartment, Serenity Seating with a soft calf rest cushion adopts the inverted colour-way of the exterior as sumptuous Charles Blue leather is accented with Peacock Blue piping. From here, one can admire Phantom’s Gallery, created as a centrepiece of the interior. Stems of embroidered roses climb through the glass fronted fascia, providing a spectacle for the motor car’s occupants. 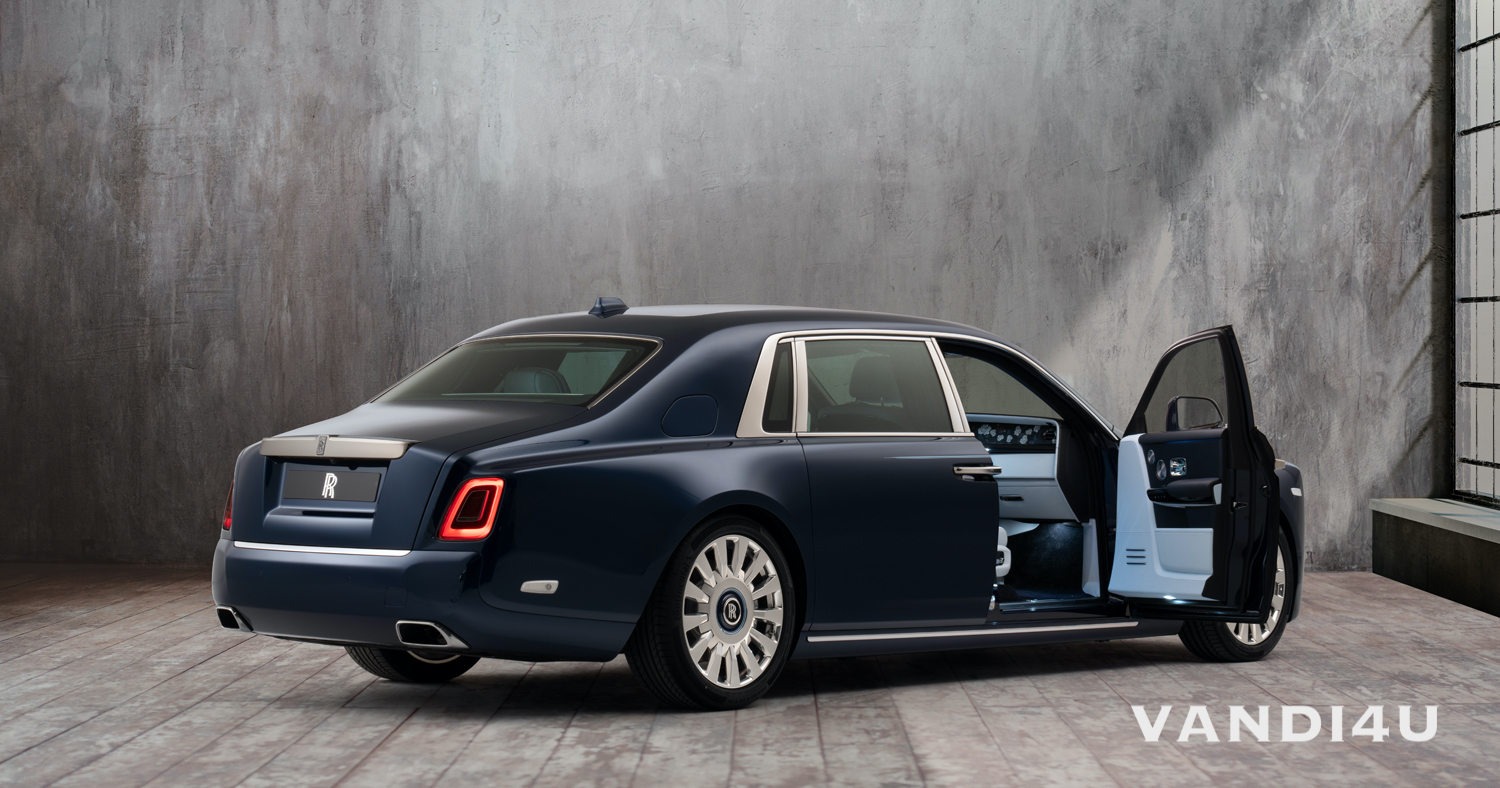 At the request of the patron, colour is introduced in the form of Peacock and Adonis Blue butterflies, imbuing movement to the elegant motif. The patron’s family also played a creative role; his wife designed the umbrellas whilst his daughter, Magnolia, defined the exterior hue of this Phantom. The patron commented, “I wanted to have flowers and roses everywhere. It became an amazing piece of art.”

Rolls-Royce achieves its highest ever sales in 2021

One of the most prestigious apprenticeship programme in England Number of posts available on Sir Ralph Robins Degree Apprenticeships doubles for 2020 Successful...
Read more