Written by Krish
July 7, 2019
Facebook
Twitter
WhatsApp
Email
- Advertisement -
Mercedes-Benz revealed the new Mercedes-AMG A45 4MATIC+ at the ongoing Goodwood Festival of Speed. The A45 AMG 4MATIC + is now the most powerful hatch in their new AMG Lineup. The new generation of the entry-level performance hatchback from Affalterbach are powered by the most powerful four cylinder engine in the world. The new, highly efficient power pack is produced on an innovative production line in Affalterbach, on “One Man, One Engine” principle. 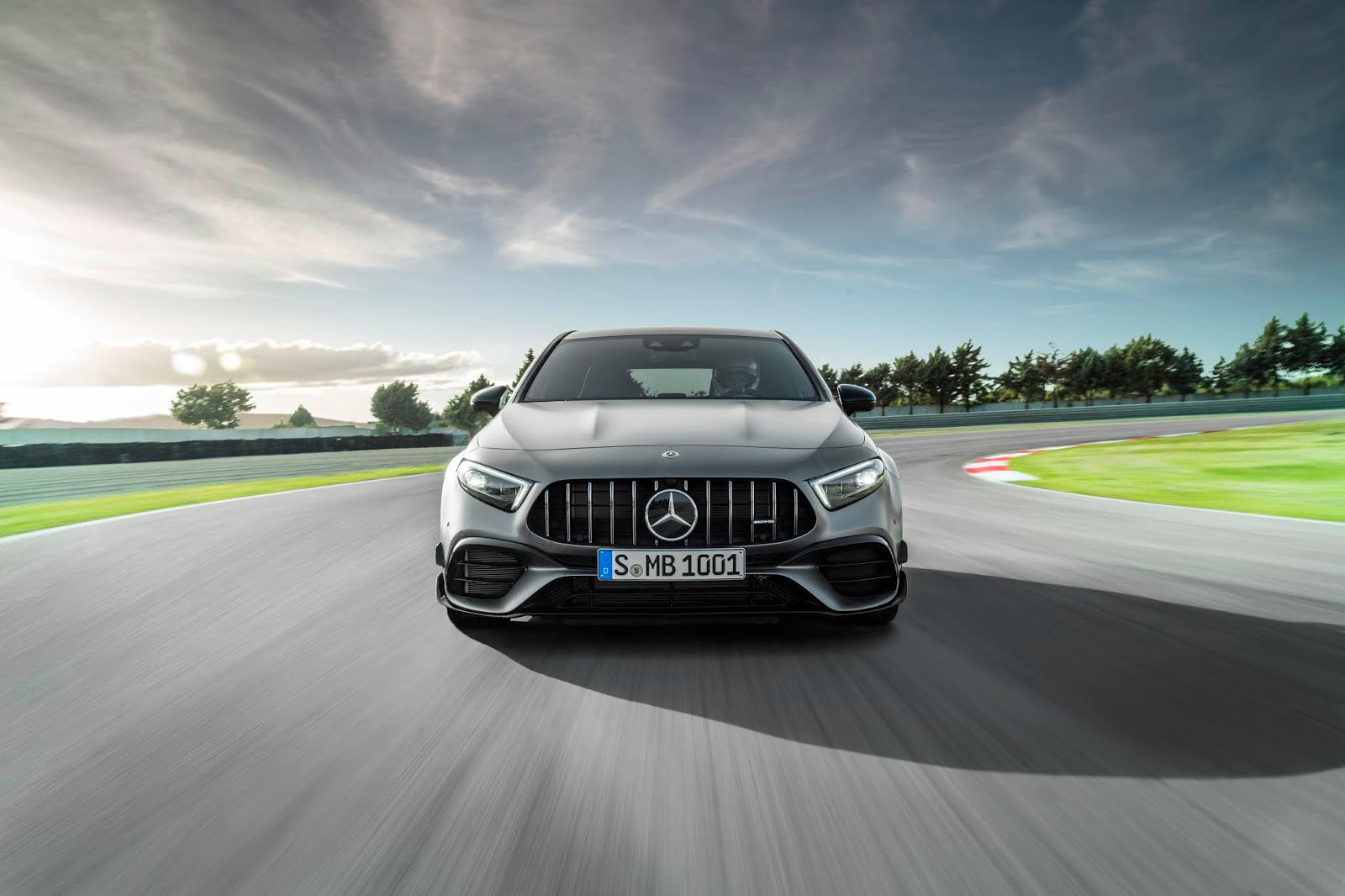 The Mercedes-Benz AMG A45 4MATIC+ is powered by the new M139 2.0-Litre turbocharged petrol engine churns out 415 HP and 500 Nm of Torque, which is 40 HP more than the previous M133. The maximum torque has been increased by 25 Nm. The new sportscar absolve the sprint from 0 to 100 km/h in just 3.9 seconds. The top speed of the basic models is electronically limited to 250 km/h, which can be boosted to 270 km/h with optional AMG Driver’s Package. The AMG A 45 4 MATIC+ now comes with a Drift Mode. 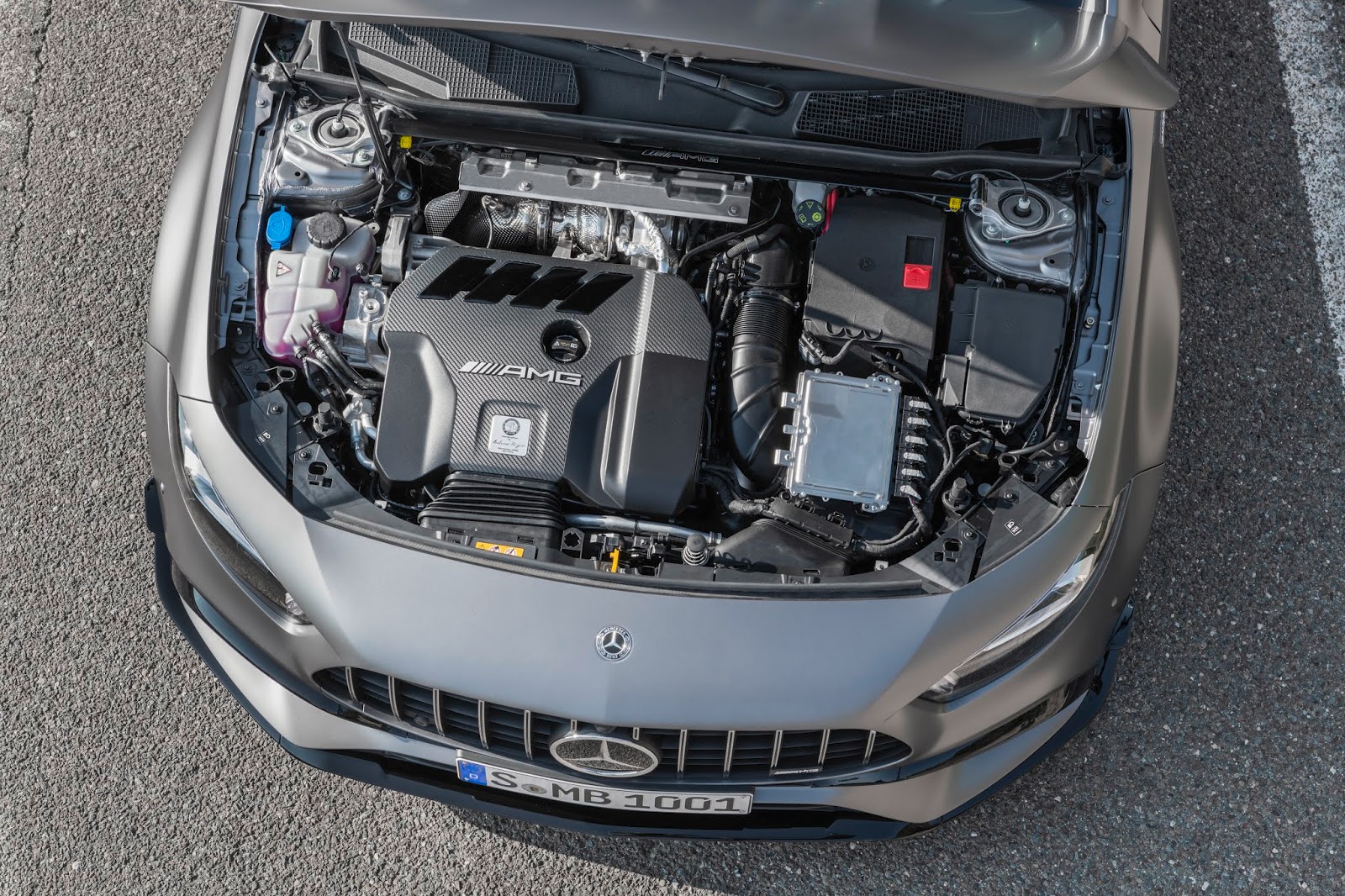 Mercedes-Benz AMG A45 4MATIC+ now gets AMG-specific radiator grille with a wider lower contour and twelve vertical louvres which makes the car look more aggressive than the standard A Class. At the same time, the shark nose, the slim, deeply contoured headlamps and the flat, aerodynamically favourable bonnet with power domes visually lower the front section to create the impression of extremely dynamic forward thrust. The imposing presence is also accentuated by the wider front wings with flared wheel arches. These create space for wider front axle, and underline the athletic appearance and separates the performance models from the standard versions. 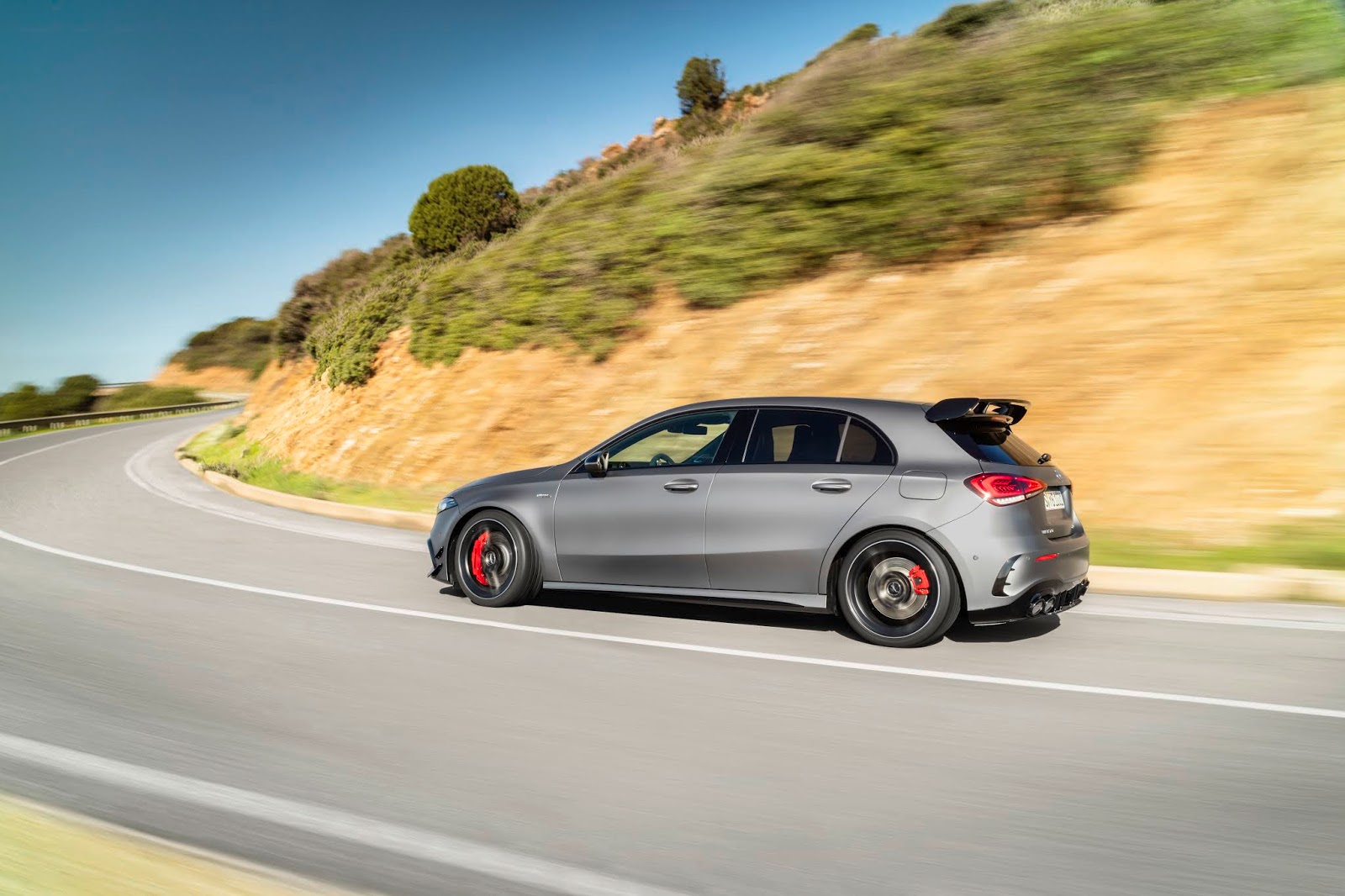 The Mercedes-Benz AMG A45 4MATIC+ might be launched in India . So far Mercedes-Benz India has not made any official announcements regarding its plans to bring the CLA45 to India.

Mercedes-Benz 300 ‘Adenauer’ is a data laboratory on wheels

Advanced technology has helped automotive manufacturers conduct tests on their vehicles, even before the test mule hits the road. But way before the rise...
Read more
Car

For Bernhard Langer, this year's Masters Tournament is a very special one. The Anhausen-born German, who is one of the so-called "Big Five" of...
Read more
Commercial Vehicles

Fundamentally, the FY 2022-23 budget focuses on providing growth to the economy. We have already started to see some green shoots in the economic...
Read more